Paperback available from multiple online retailers and as Kindle eBook.

Cassandra must venture to an alien home world to avert the destruction of the human colony Planet, Consortia. Will she opt for peace or bloodshed? Praise for Harbinger of Treason:
“This story is action-packed, fast-paced, intelligently plotted and features an undeniably endearing heroine; it’s solid science fiction through and through. SF fans should be aware, however, that the mind-blowing cliffhanger at novel’s end will leave them pulling their hair out waiting for the sequel.”

Starship pilot Cassie Hague has left her ruined military career behind, resorting to boxing and flying civilian transports to pay rent on her tiny bunkbed in the Mars space station. When a charming shipbuilder romances her and shows her his prototype frigate, a spy unleashes a deadly extortion plot to steal the prototype—with her in the pilot seat. To save the ship, she must elude an artificial intelligence – an admiral with an entire fleet and only one goal: take her ship and her life. Ensign Cassandra Hague awakens to find herself tied to the underside of a military octocopter in a deserted hanger. Her last memory is of evading the missiles of an alien fleet and the terrifying realization that the aliens are following a courier drone to her location on the colony planet, Consortia.

Her command – a prototype frigate – is the only craft capable of reaching the enemy home world in time to negotiate a peace, but she would have to escape her captors, venture to the center of the galaxy, and overcome the time paradox her lover programmed into the starship’s drive. Headmods are genetically engineered tissue in the human brain that form an organic transmitter and receiver, connecting the mind to the Social Network (SOCNET) computer systems that humans have grown so reliant upon. Headmods listen to the subject of our conversations and give us constant encyclopedic updates shown as text seemingly suspended in mid-air. The brain’s sensory input is augmented so that we see, hear, taste, smell, and even feel another layer of reality that the computers tell us is there. For example, toddlers are given blocks to play with that are virtual – only existing in computers. But to the child, they are as real as any block made of wood, falling over when pushed and even getting scratched over time. One can customize their surroundings with virtual objects from a gallery. Virtual clothing is available for purchase.

Subvocalization is a feature of headmods that allow someone to message another person without raising their voice to an audible level. It’s like whispering to someone in Statuary Hall in the US Capital Building (see pre-alliance governments). All of our senses are transmitted to SOCNET for replay at anytime. There’s even a religion, ZCRAM, that’s formed around the practice of streaming one’s sensory experiences to a church elder, presumably to guarantee adherence to church guidelines.

The genetically engineered tissue in a person’s brain and the computers that the individual connects to are together referred to as an Exocortex. The modern-day exocortex is a feat of neural engineering designed by Dr. Oswald Richtofen – the brother of renowned theoretical physicist Dr. Henry Richtofen (see superluminal drive / faster-than-light travel).

The Harbinger is a tech-laden prototype frigate designed by Master Shipbuilder Dakota Owen Simms and fabricated at the Mars MS-17 orbital shipyards. One-tenth the size of a typical frigate, the Harbinger packs in a full array of armaments thanks to its unique macro-assembler fabrication. The ship is capable of surface landing and takeoff. The Harbinger has an unorthodox, sleek design and a (virtual) transparent dome atop the forward command section. 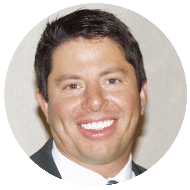 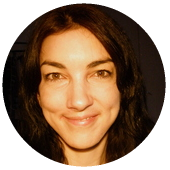 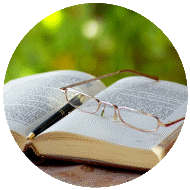 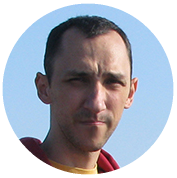 Check back here for the latest news on Harbinger of Treason and upcoming books.

Book Two Is On Amazon!

Harbinger of Paradox is now available on Amazon in paperback and Kindle editions. Continue the adventure and grab your copy today! https://www.amazon.com/dp/B0BBCQ8RVH?binding=paperback From the back cover: Left for dead, the traitor Cassandra Hague hangs suspended by graphene cables beneath a reconnaissance drone – an aerial prison – high above the sprawling forests of the colony planet Consortia. Only Cassie knows that the hostile Hathrindi fleet has found this world. Her prototype starship could make it to the alien home world

Harbinger of Treason topped (#1 position) Book Gorilla's email promotion for June 26th, 2015 to their Science Fiction fans. The book also made the top 3 (3rd book) on Book Gorilla's Deal page http://www.bookgorilla.com/deals across all genres for the day -- a Starred Title! Part of the reason they are promoting it so heavily to their readers is the great price point. Wish me luck and grab a copy if you haven't already